How to Raise Money for Your Nonprofit on Facebook 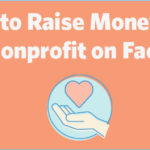 Although finding time can seem difficult, social media marketing is an amazing tool for nonprofits to help spread awareness of their cause, share important information, build a community of supporters, and raise funding.

In August 2017, Facebook implemented a feature to allow Facebook users to create fundraisers for their favorite causes.

In the first year alone, this feature raised over $300 million dollars for nonprofits. More than 750,000 eligible organizations use Facebook, from homeless outreach to animal shelters, and Facebook does their part by covering the necessary fees.

Still, there are 1.5 million registered nonprofits in the United States, which means at least half of the nonprofits aren’t receiving the full benefits of a Facebook fundraising campaign. Is yours one of them? 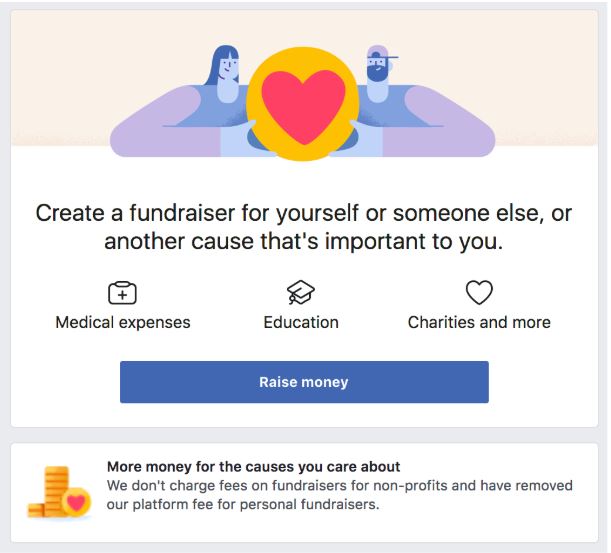 Choose the best option for your nonprofit

Facebook offers two primary ways to fundraise for nonprofits. The first is a Birthday Fundraiser,  which allows supporters to create a personal fundraiser in lieu of birthday gifts, allowing friends and family to donate to the nonprofit’s cause instead. This Birthday Fundraiser can be shared on the individual’s personal Facebook page, and on your own nonprofit page.

The second option is to create a fundraiser for your nonprofit yourself. This option is also available to  personal Facebook users, as well as organization Facebook Pages.

The best part? Facebook takes care of all the work. They make sure your nonprofit receives all donations directly from Facebook, or from Network for Good, or from PayPal Giving Fund.

Is your nonprofit set up to receive Facebook donations? If not, here’s how to get started.

Some helpful tips to remember:

In 2017, I began working with a New England animal shelter as a volunteer marketing assistant. While their website was impressive, their social efforts had begun to suffer. As worldwide social media use continued to ramp up, and potential adopters increasingly contacted them via Facebook, their small social media support team was having trouble keeping up.

Their only consistently active social media channel, Facebook, was used almost exclusively for coordinating owner surrenders, promoting adoptable animals, and getting attention for the store’s annual sale. Facebook was not being used to raise funds.

The right audience for your nonprofit

I spent several weeks cleaning up their Facebook strategy to figure out their target demographic, and comparing that to the demographic that was already following and interacting with them. Most of the Facebook posts were written for people aged 55-65, the Baby Boomer demographic, which matched the ages of  the staff, donors, and repeat adopters.

While people of many ages use Facebook, 83% of Millennials have a Facebook account, compared to only 10% of Baby Boomers. It’s always important to know your audience, especially on social media. A deep dive into your own followers can reveal who really supports your business.

Connecting with and educating followers

After establishing a solid target demographic for the animal shelter, I decided to test the Facebook Birthday Donation feature on my personal profile. Setting up the Birthday Donation fundraiser was pretty easy, especially with Facebook’s instructions: 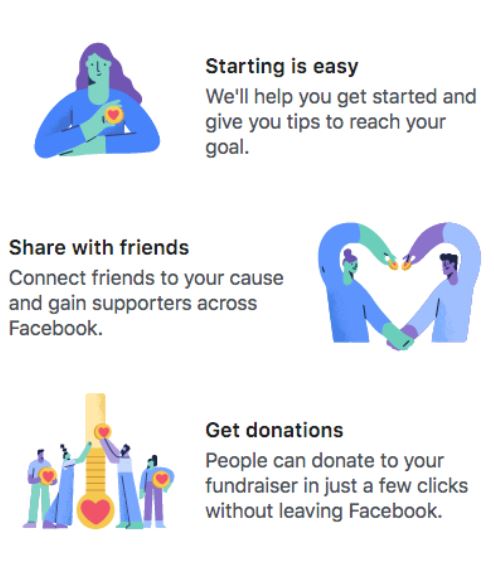 Other fundraising initiatives  in my online community had reasonable goals — $150 here, $200 there, and $1,000 for the truly ambitious. There was the odd multi-thousand dollar fundraiser, started by an organization with a lot of reach and wealthy donors, but small, achievable fundraising goals were much more common.

The big challenge of using the Birthday Fundraiser feature was awareness: people weren’t aware of the features, nor did they know how to use them. It would also be my first time using the birthday fundraising feature. I coordinated with rest of the social team to create a plan with a modest goal. The staff and I agreed that the most important outcome would be raising awareness of using the feature to raise money for the organization, with the funding a close second.

My fundraiser began to gain traction at a steady pace among my local online community. When donations began to slow down, the shelter director shared the fundraiser on the organization’s Facebook page. She included a message thanking me for my fundraising efforts, and encouraged others to donate. 10 more people donated and wished me happy birthday, even though I didn’t know them. While the fundraiser had done modestly well with my own Facebook friends, I hoped it would hit the target before the deadline, just one week away.

To everyone’s surprise, the fundraiser hit the goal just a few hours later.

After my fundraiser reached the goal, I used the shelter Facebook page to share tips to create a  fundraiser for other followers of the organization, along with another donation button on the post. I also included a note about donations being tax-deductible, and other tips Facebook had given me when creating the fundraiser. I stressed that even if you couldn’t afford to give, a share could be worth just as much, and that the shelter appreciated any donation amount.

My fundraiser reached over 250 people – impressive since the average reach of the nonprofit’s usual posts was only 25-50 people. The posts were also shared multiple times, with several supporters leaving comments saying they had never heard of the Birthday Fundraiser feature. I also answered questions, such as how the funds were distributed, or how fast, to keep the conversation going.

That day, several more people donated to the shelter directly, expressing that they hadn’t known the nonprofit needed donations. It really can be as simple as just asking.

The impact of social media fundraising

In the end, the shelter raised over $1,000 in three months from Facebook birthday fundraisers alone. The shelter staff was happy with the sudden influx of monetary donations, but something else also started to happen.

Thanks to a more active social media channel, more people started to find the page, and began to interact with the shelter. Instead of reaching 25-50 people per post, their reach grew to an average of 205 people or 4,100+ per month. The shelter, which often struggled to find qualified adopters, suddenly had more applications than they did animals – a great problem for any animal shelter. The shelter’s director also got an increase in offers for donations of physical goods, and volunteer applications.

Don’t forget, you aren’t just limited to Birthday Fundraisers. All Facebook fundraisers are fee-free for nonprofits. You also get free tips from Facebook on reaching your goals, and connecting with people who have donated before. Donors can give without even leaving Facebook, and donations to US 501(c)(3) nonprofits are usually tax-deductible.

Receiving your funding is easy, but it’s important to keep in mind that your funds may not be available for two weeks, or up to  90 days, depending on how the donation was made.

No matter how many followers you have, a Facebook fundraiser might be just what your nonprofit needs to reach its goal this year.